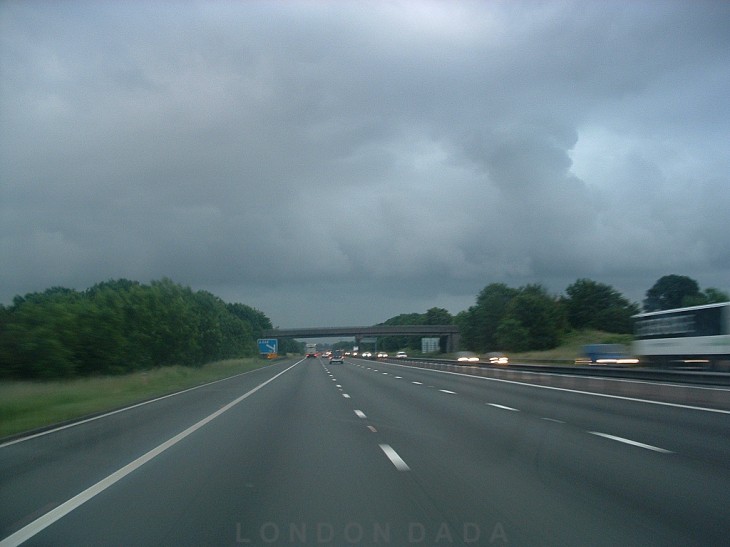 A ” Still Moving ” TM image, the strength of its effect dependent upon the amount of motorway driving the viewer has generally experienced. By focusing on an area in the road ahead for a few seconds, similar to if one was actually driving, the unconscious resurrects an inner illusion of movement based on previous memory of hours of a similar-formatted view from the cab – a rather cool effect.
( may have potential in the field of psychotherapy, in the treatment of phobias for example )

* This image imparts an even greater illusion of forward movement in the large signed edition print. Ideal over-mantlepiece artwork for the motoring-enthusiast!