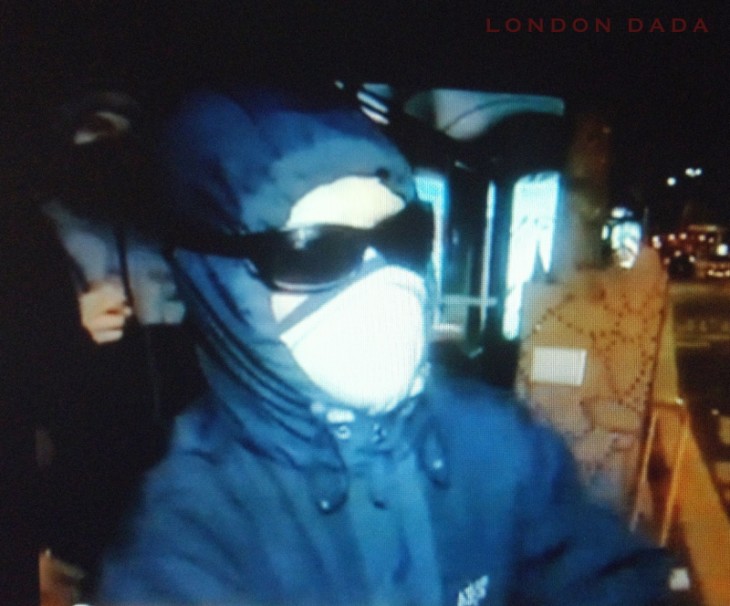 Work No. 499; The Tottenham Apprentice

In a country where blocking of opportunity for its youth by absence of post secondary school apprenticeship placement schemes ( as are ‘de rigueur’ in Germany and proven to lead to self esteem-generating high skill jobs ); where politically correct anti-discipline insanity, a general dumbing-down and a vicious dog-eat-dog mentality has been overseen and indeed overlooked by generations of crooked self-serving politicians….
( ” There is no such thing as society ” Margaret Thatcher 1970s.)

In a media chock-full of gratuitous violence, portrayed and promoted via computer games,TV ads, news, the press & film; gangsta rap culture and glorification of ill-gotten bling…
In a nation more brazenly class-divided than any other on earth and more than ever partitioned between haves & have-nots; where in the workplace impassable glass ceilings are the norm, where opportunity and promotion based on having had an Oxbridge education or on a very specific – yet unmentionable in consequence of being branded fascist – racial cronyism; on privilege or birth rather than on talent and ability… is absolutely widespread. ( And we wonder why there’s not much watchable TV except repeats from the 1980s).

In such a severely dysfunctional and disjointed culture, is this sick new “loot-til-you-drop” perversion – and some might argue rather logical progression of much-lauded ruthless entrepreneurship involving blind worship of dog-eat-dog materialism – really any great wonder?