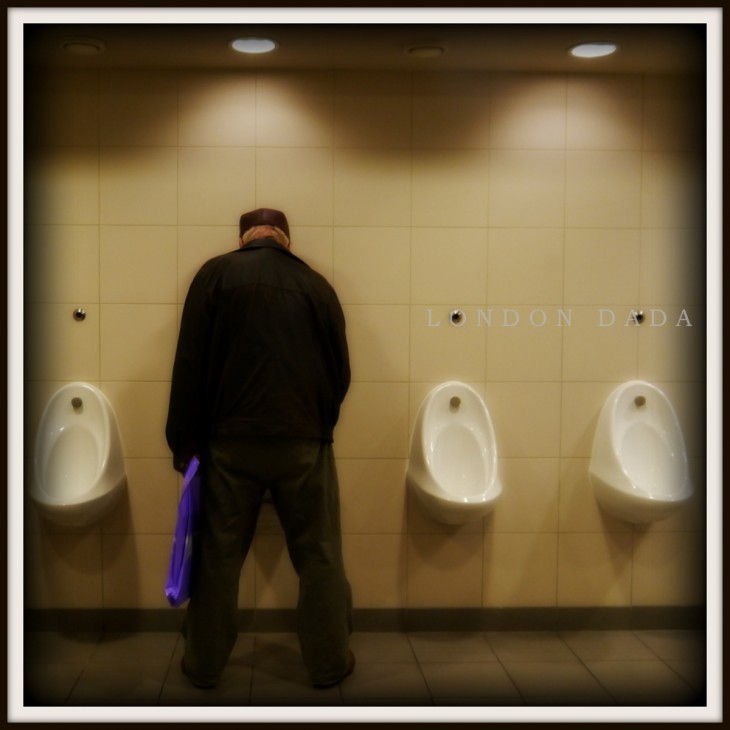 We welcome AA back into the fray with a radical early bird entry to the Turner Prize 2013.
Featuring lavatory furniture in the form of 4 “fountains” ( each representing a 2013 shortlisted entry ); from within the actual gents public toilet at Tate Britain and procured during the Tate’s TP exhibition of 2012.)

One of the four eventual 2013 Turner Prize shortlisted entries… 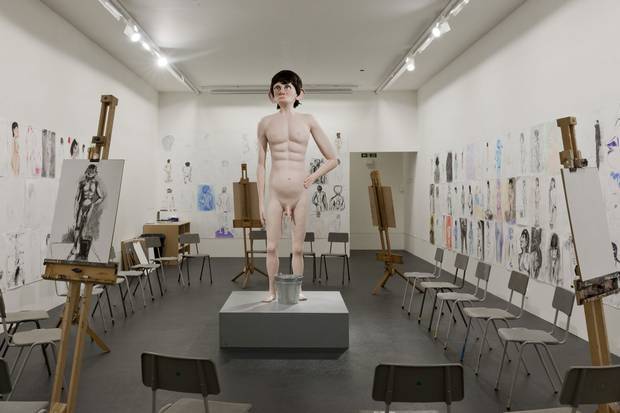 Artist David Shrigley’s “Life Model”
Life Model consists of a seven-foot animatronic naked man standing in the gallery.
(The model alternately winks and pees water into the bucket placed beneath its penis)